The Mauritanian (2021): A horrific true story of an innocent man 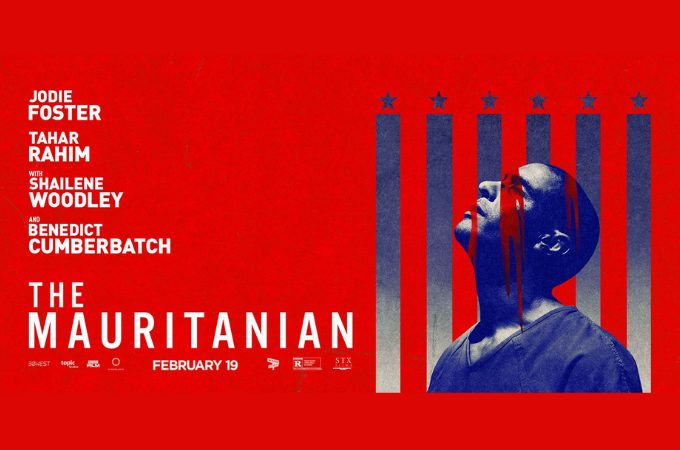 Imagine being innocent and held at a detention camp for fourteen years without any charge. And if that’s not enough, just imagine being held in a prison on an isolated island and having to endure horrible human rights violations. This is the true story of a Mauritania citizen named Mohamedou Ould Slahi. Director Kevin Macdonald has brought this horrific incident faced by Slahi to the big screens in “The Mauritanian”. Macdonald has adapted the film from the memoir of Slahi titled “Guantanamo Diary”. The role of Slahi has been played by Tahar Rahim. Jodie Foster plays the role of Slahi’s defense lawyer Nancy Hollander who is determined to bring him justice.

Our story opens in November 2001, where we can see Slahi getting arrested without any charges or evidence against him. He is kept in the American naval base detention camp which is located in the Guantanamo Bay. But let me tell you that this is no ordinary detention camp! The Guantanamo detention camp is known to be a place sans any law. Here people are held for years without charges, then hideously tortured to confess some crimes they haven’t committed!

Just see the bad luck of Slahi! He received a call from Osama Bin Laden’s phone just by chance. He got nothing to do with the phone call or Bin Laden. But just because he received that call, he got suspected as being an Al Qaeda terrorist who recruited the hijackers for the 9/11 plane attack on the World Trade Center! It’s a known fact as to how the Muslim community was targeted by the U.S. government following the 9/11 incident.

The story now jumps to 2005 and enters Nancy Hollander who agrees to force the U.S. government to charge Slahi with some case. This was a habeas corpus case where she persuaded the government to charge Slahi with some lawsuit or let him go. Hollander sets to work by recruiting an assistant named Teri Duncan (Shailene Woodley) as she uncovers some dark secrets of the Guantanamo detention center. We also have Lt. Colonel Stuart Couch (Benedict Cumberbatch) who during the process of defending the U.S. government in Slahi’s case, discovers the crime committed by the government and how it had wrongfully accused Slahi.

A cinematography and screenplay worth the appreciation

What an amazing script by M.B. Traven, Rory Haines and Sohrab Noshirvani! The Mauritanian looks to be a beautifully structured play as we see the story systematically jump back and forth between the years 2002 and 2005. I perfectly understood each and every scene without having the slightest confusion. Such an amazing script surely goes well with an impeccable editing done by Justine Wright.

I must say, the cinematography of The Mauritanian has been planned too well. The scenes have been captured in detail showing Slahi’s trial and the way he was kept in the prison, all trapped and boxed in! My credits go to Alwin H. Küchler for further amplifying the scenes of Slahi’s prison life in detail with some aspect ratios. Küchler has used different aspect ratios and color tones to signify different scenes like Slahi’s past, his prison experience and his trial. Such artistic cinematography has surely added to the viewing experience.

It’s not very often that an actor really lives up to a real-life character which he or she is playing. However upon watching The Mauritanian, I can tell that Rahim is no ordinary actor, but he is the one with a matchless potential. Rahim’s each and every scene in the movie made me feel as if I was not watching him, but actually Slahi and his torturous prison life!

To add with Rahim’s brilliant and powerful performance, the final scene shows the actual footage of Slahi. Rahim indeed has taken his acting to the next level to enlighten us with Slahi, however this particular footage further added to the essence and made watching The Mauritanian even more worthwhile.

Rahim as Slahi has added a sense of humanity to the film. I was somewhat struck emotionally upon seeing his relationship with an unseen French national in the prison yards. These moments in the film truly signify the essence of human connection that’s becoming rare nowadays.

The Mauritanian has some graphic torture and violence scenes indeed! A scene goes where a masked woman forces a male prisoner to have sex with her. I felt sad to witness women using their bodies as sexual torture weapons. What’s more, the recreation of Slahi’s torture scene in the climax is even more gruesome. The scene is wild enough to stab you to the gut! I must tell you, I had to fast forward certain scenes.

The character development at some point got too much!

The filming of The Mauritanian has been done mostly indoors and claustrophobic spaces. However, Rahim’s impactful acting has made this movie a defining identity in the Hollywood film industry. I also appreciate Cumberbatch’s strong and powerful presence in the film. He does appear to be a man of faith, however his tough lawyer image surpasses that. To add with that tough lawyer image, I must say he has a great voice too!

I feel The Mauritanian to some extent might have not been able to keep up to its promise of an epic courtroom drama. I am saying this because the story winds up somewhere in the year 2010, which is a good six years before Slahi was finally released in 2016! It would have been better if the filmmakers hadn’t left the audience to ponder upon, “what’s next?!”

Overall, I find The Mauritanian to be an emotionally engaging as well as a shocking movie which portrays the true story of the injustice and torture faced by an innocent man. It’s really heartbreaking to see how inhumanly Slahi was treated by the U.S. government. If you watch this movie, I can assure you that your blood is going to boil the same way as mine! From this, I must conclude that Slahi is a true combination of resilience, patience, faith and forgiveness. 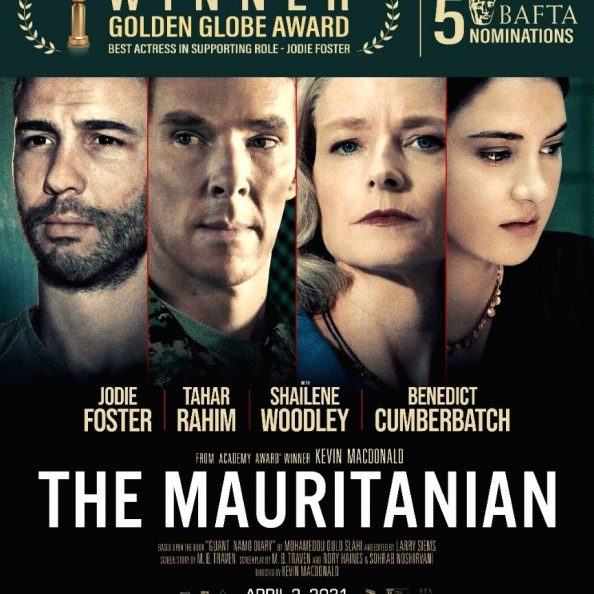