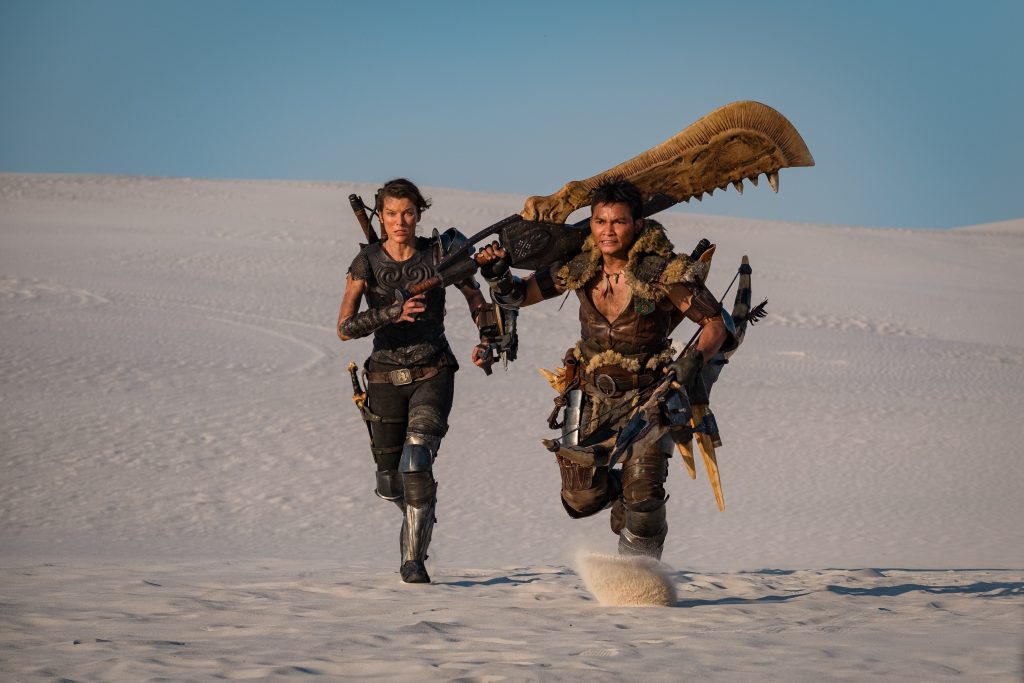 Video Game movies are coming out at a rapid pace! Now the house that Resident Evil built is putting together a movie for their other popular property Monster Hunter. The film will star Tony Jaa and Milla Jovovich, rapper T.I., Ron Perlman and will be directed by Paul W.S. Anderson. Check out the new posters that were released today:

Behind our world, there is another: a world of dangerous and powerful monsters that rule their domain with deadly ferocity. When Lt. Artemis (Milla Jovovich) and her elite unit are transported through a portal from our world to a new world, they are in for the shock of their lives. In her desperate attempt to get home, the brave lieutenant encounters a mysterious hunter (Tony Jaa), whose unique skills have allowed him to survive in this hostile land. Faced with relentless and terrifying attacks from the monsters, the warriors team up to fight back and find a way home.

Based on the global video game series phenomenon MONSTER HUNTER.

I have never played Monster Hunter. I have heard wonderful things about Monster Hunter but never took the time to give it a shot but from what I remember this looks pretty close to the aesthetics. Are you interested? What do you think of Jovovich in another video game movie franchise?