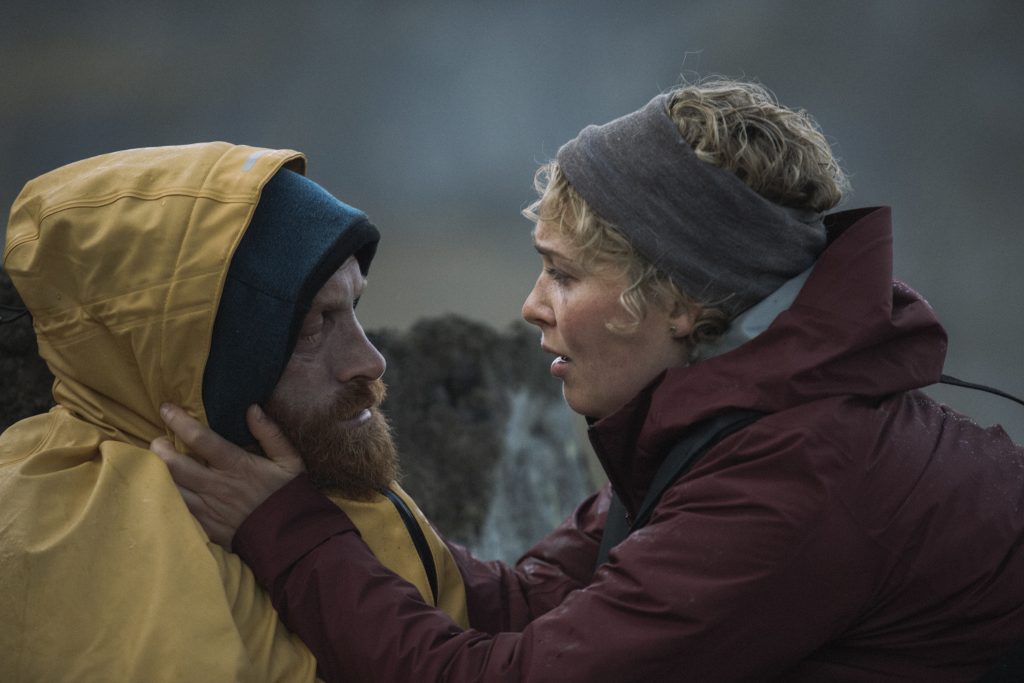 There is a lot to unpack in the new Norwegian television crime drama “Twin” streaming now on MHz Choice. Uff da is there ever. Each installment of this entrancing eight-part series is jam-packed with more secrets, lies and diabolical deception than you can shake a krumkake at. (You Norwegians in the crowd will appreciate that).

I had the opportunity to interview “Twin” Lead Writer/Director Kristoffer Metcalfe this week and I began by asking where he came up with the idea for this ambitious saga of domestic disharmony and false identity.

“Twin” is an ingeniously plotted and complex story. As co-creator, what is your inspiration?

Thank you so much for watching my show. Well, inspiration is many things, books, my own, and my friend’s lives. But regarding TV-shows familiar to you in the US, I would mention “Breaking Bad” for instance, as Ingrid (Rebekka Nystabakk in a stunning turn) is our “Walter White,” and Erik (“Game of Thrones” Kristofer Hivju) our “Jessy P”. But also “Bloodline” and “Big Little Lies”. Shows dealing with families hiding a crime or living through a crisis, and what consequences that has for their lives.

The Norwegian landscape is at once stunning and gorgeous, rugged and daunting. It plays a vital part in “Twin”. Please share how the unique natural features of the country play virtually a distinctive character in your series.

Yes, the area we shot the series has a unique dramatic vibe to it. The weather is always wild and unpredictable, especially in autumn and early winter. Hopefully, the surroundings emphasize some of the character’s inner drama. I also wanted the mountains to create a feeling of imprisonment for Erik and Ingrid. What’s important, too, was to have a community with high contrast in lifestyle. Surf vs. middle class life, not that far away. Also, the size of the town is essential for the story and premise to be able to unfold and be believable.

The opening theme, lo, the tone of the series, puts one in the mind of the iconic American TV series, Twin Peaks, filmed in part in my neck of the woods in the U.S. Pacific Northwest. Am I on correct in this observation?

Most definitely. Martin Horntvedt, the composer, came up with that. As a homage to the masterpiece, but also to create a musical foreshadowing of something dramatic on the horizon. (BTW, you are the first person I know of who spotted it. Great!)

This is the first Norwegian television series I’ve watched. I have, however, enjoyed several Norwegian movies. How do you personally asses the state of the original TV and film business in Norway, and what are your feelings on the industry moving forward?

That is great! I’m not in a position to speak about the future, but I know I’m grateful for some of the bold choices from our Scandinavian broadcasters. They encourage us to tell stories that challenge the audience, which is excellent. Hopefully, they will keep that courage, and we can keep doing the things we love!

What is next now for Kristoffer Metcalfe?

Great question. I ask my therapist about the same thing!

And that’s appropriate, as everyone we meet in “Twin” is in desperate need of some serious analysis of their own.

There is a lot to unpack in the new Norwegian television crime drama “Twin” streaming now on MHz Choice. Uff da is there ever.