Welcome to hell—a.k.a. Belle Reve, the prison with the highest mortality rate in the US of A. Where the worst Super-Villains are kept and where they will do anything to get out—even join the super-secret, super-shady Task Force X. Today’s do-or-die assignment? Assemble a collection of cons, including Bloodsport, Peacemaker, Captain Boomerang, Ratcatcher 2, Savant, King Shark, Blackguard, Javelin and everyone’s favorite psycho, Harley Quinn. Then arm them heavily and drop them (literally) on the remote, enemy-infused island of Corto Maltese. Trekking through a jungle teeming with militant adversaries and guerrilla forces at every turn, the Squad is on a search-and-destroy mission with only Colonel Rick Flag on the ground to make them behave…and Amanda Waller’s government techies in their ears, tracking their every movement.

Right off the bat, the strongest positive for The Suicide Squad will be its slap stick comedy. The reason why it works so well in this film is because the tone is set and remains mostly consistent all the way through. There were several laugh out loud moments thanks to some of the ridiculously funny situations the characters are put through. Actually, much of the comedy comes from the characters themselves and their deaths. Some characters die in such laughable ways that you can’t help but to chuckle at how absurd things end up. 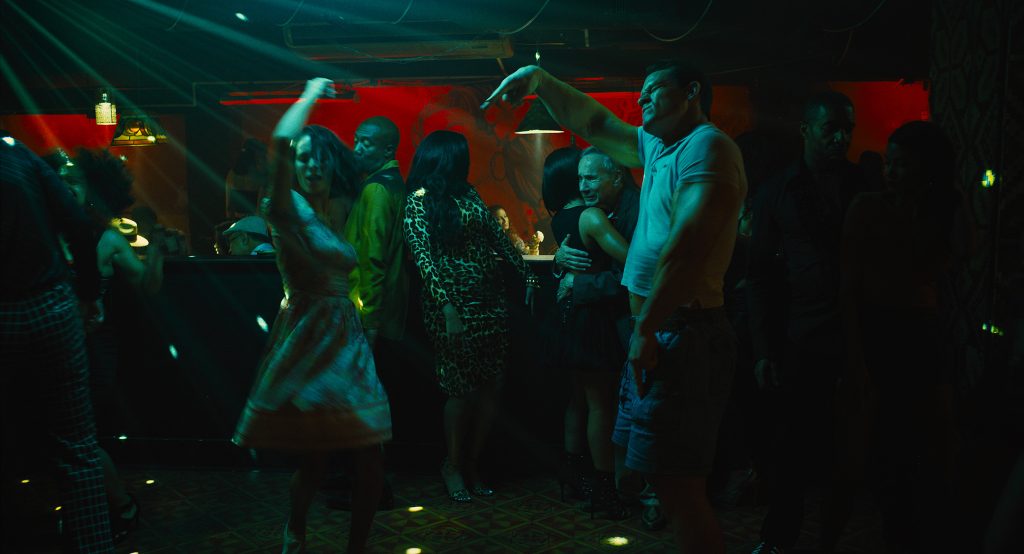 James Gunn created a fun, relatable, and interesting group of characters that become the driving force and hook for the film. Idris Elba’s “Bloodsport” fills in nicely into the role of the reluctant leader with a heart. Not to mention, once you see how deadly he is with his arsenal, you’ll appreciate him even more. He does a great job in being the lead for the film. Margot Robbie’s “Harley Quinn” has a number of scenes that continue to drive home the eccentric, wacky nature that makes the character entertaining. John Cena’s “Peacemaker” was hysterical thanks to a combination of good writing and his straight-faced acting. My personal favorite may have been Sylvester Stallone’s “King Shark”. While I do think he would’ve benefited by having less lines, he still manages to have some of the more memorable scenes. 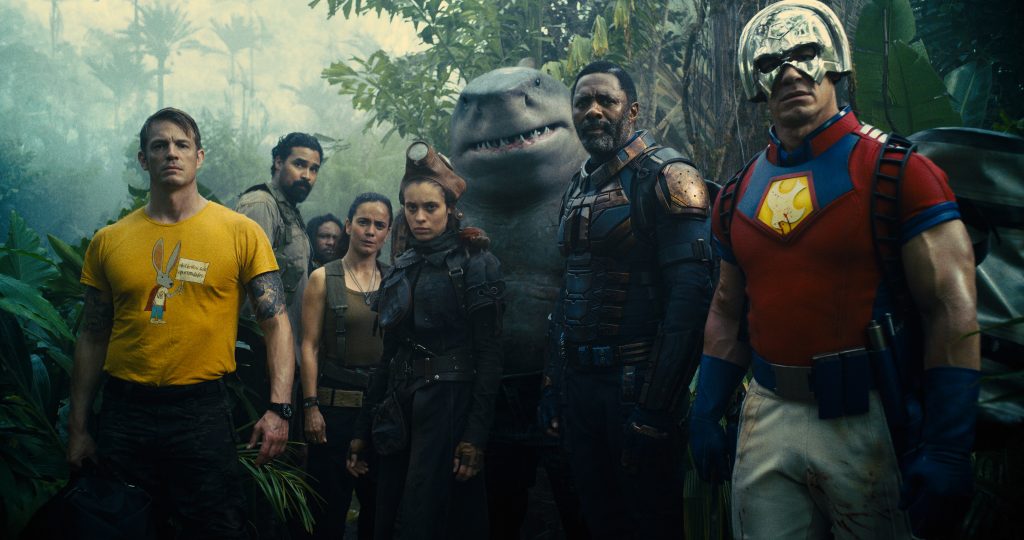 One thing that was unexpected was how Gunn found a way to craft out some sincere drama in the midst of all the goofy stuff that happens. Some of the characters have a moment of levity that immediately makes them far more relatable. You forget about their super abilities and remember that they’re human too. (Except for King Shark)

Next up, The Suicide Squad is chock full of violence and riveting action scenes. This film spared no expense in letting the bullets fly and bombs explode. As you can expect, the blood and gore are also at an all-time high for a typical superhero movie. For example, the “rescue mission” was just brutal and savage. Despite it all, The Suicide Squad still finds a way to make that entire sequence amusing. 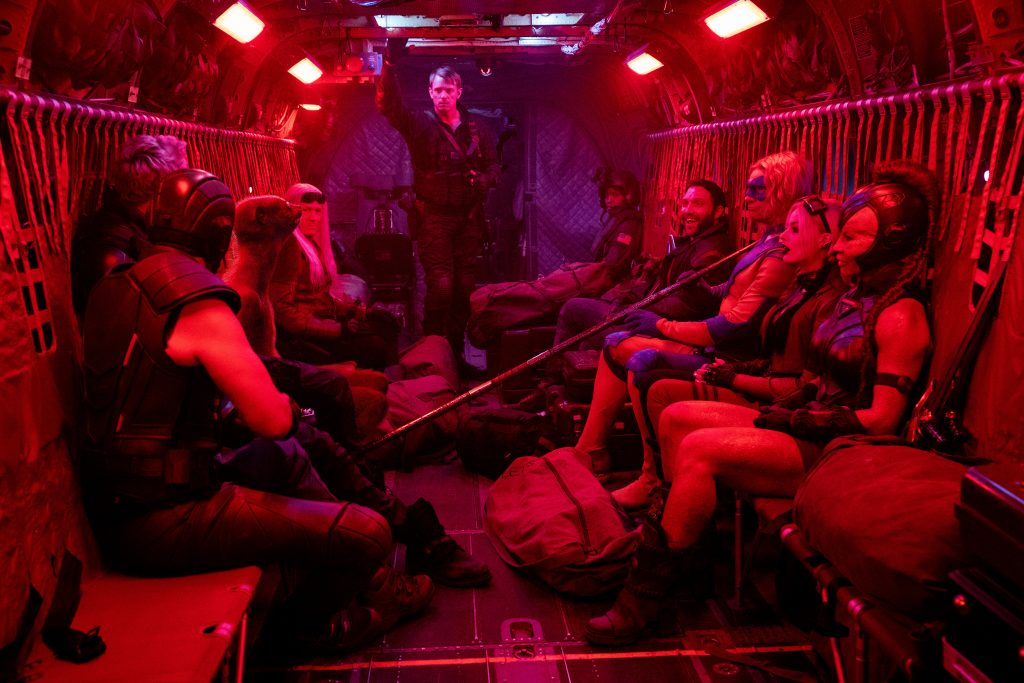 James Gunn’s direction was certainly a plus for this movie especially when it came to editing. What I appreciated the most was how the timing of some scenes, and their placement affect the tension of the film. Many of the surprises in the film come about thanks to some quick jump cuts or different transitions. In addition to that, the cinematography was a great compliment to really enhance the zany action scenes. The slow motion comes in at the right moment, and the camera angles keep you engaged with every fight scene. Despite being a bit over two hours, the editing doesn’t make The Suicide Squad drag at all.

I only had two minor issues with The Suicide Squad. One of them being that the film got a little too extra at times. Obviously, this is an incredibly subjective critique, but I thought it was funny enough without having to do things like add scenes with animation, for example. While it may have been consistent with the character I’m alluding to, I just didn’t think it was really necessary. Again, a minor issue, but not a deal breaker at all for the film. 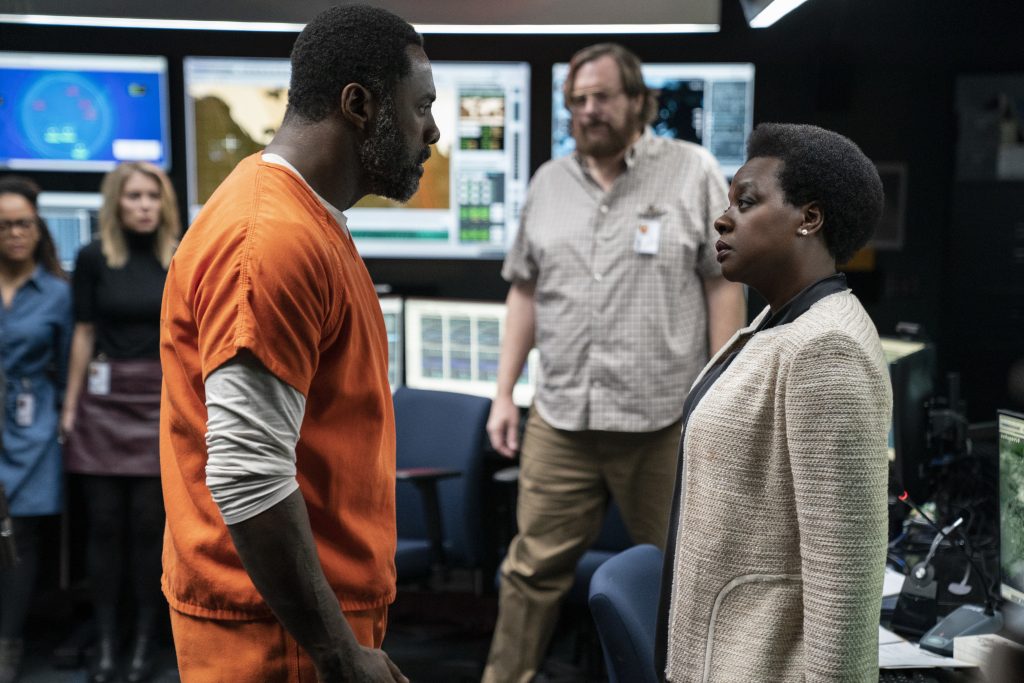 The only other issue I had was the treatment of Viola Davis’ character, Amanda Waller. I thought that her role became a victim of the comedy a bit too much and it undermined her character. Given how ruthless and intimidating her character is portrayed, I didn’t really care for some other scenes that seem to flip that notion on its head. I understand that it worked for the story, but I think that could’ve been tweaked a bit to maintain her menacing presence.

The Suicide Squad is bloody fun ride with a lovable cast to match. This is clearly a win for Warner Bros and DC Comics. I should emphasize that it’s not a win because James Gunn tapped into that “Marvel Fun” factor. It was a win because it crafted a unique lane for its characters and stuck with it. The Suicide Squad doesn’t try to be dark, just for the sake of being dark. It’s essentially an action comedy for mature audiences. 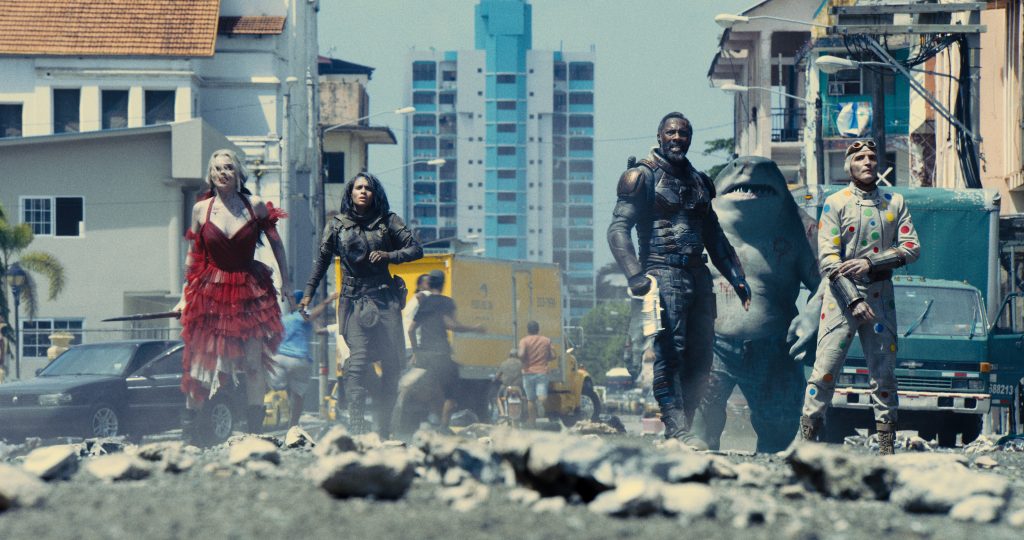 The Suicide Squad is a stand alone film, so you do not need to watch the previous Suicide Squad movie at all. This has no connection to it even if it does reuse some of the characters. This film is unquestionably better than Suicide Squad (2016) and it’s arguably one of Warner Bros best DC films to date. If you’re a DC fan, and if you’re a fan of the Amazon Prime show, The Boys, then The Suicide Squad will be something you’ll want to watch. Be advised that this film is also rated R for a reason. There’s graphic violence, full frontal nudity, and so on. Nevertheless, be sure to check out The Suicide Squad when you get the chance. 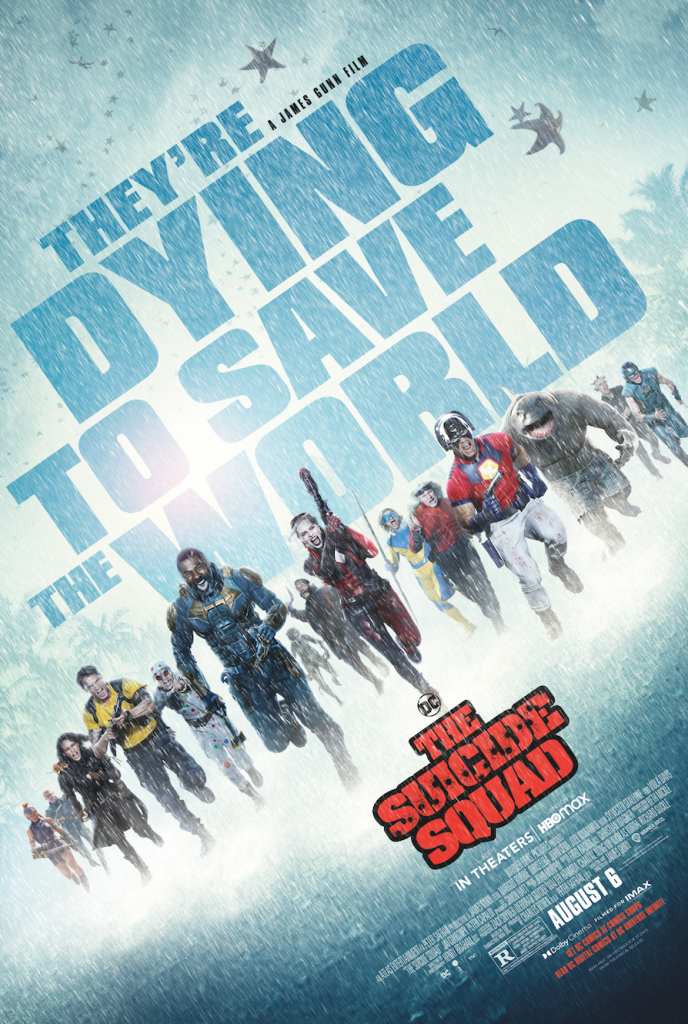