Reeling from the unexpected death of her husband, Beth (Rebecca Hall) is left alone in the lakeside home he built for her. She tries as best she can to keep it together – but then nightmares come. Disturbing visions of a presence in the house calling to her, beckoning her with a ghostly allure. Against the advice of her friends, she begins digging into her husband’s belongings, yearning for answers. What she finds are secrets both strange and disturbing – a mystery she’s determined to unravel.

Rebecca Hall is the best thing going in The Night House. Her performance simply carries the film from beginning to end. I was so immersed into her character’s plight, distress and confusion because of Hall’s performance. I felt helpless in this viewing experience as her up’s became my up’s and her downs became mine as well. Her struggle to deal with her past and the tragic loss in her life was intriguing as you never really knew where she would go next with the character. Of course, once more of the mystery and terror escalates in the film, Hall is a suitable anchor to lock audiences in for the emotional ride.

Some other positives for The Night House are the strong themes presented. Director David Bruckner does a great job of giving us an in depth look at of depression and loss. I really appreciated how The Night House attempted to manifest these themes in an unconventional manner. As a result, it feeds into the goal of the more terrifying side of emotional states and the consequences that may come after. As mentioned before, Rebecca Hall’s performance was essential elevating those themes and The Night Hose is better for it.

Lastly, The Night House handles the mystery aspect of the storytelling quite well. It was enjoyable to go down the journey that did not come off as being too predictable. We want mysteries to keep us guessing until the very end, and The Night House is quite successful in that feat. Plus, the visual effects of the mysterious threat is pretty creative. I wouldn’t say that it’ll give you nightmares, but it certainly could have you doing a double take in your own home.

I think one of the weaker aspects to The Night House may be in the writing of the plot. While I certainly appreciated the mysterious journey of the story, I didn’t feel as though the payoff at the end was very satisfying. I think it was because I was left with more questions than resolution. I understood the intentions of what was aimed in the film, but I don’t believe the delivery was effective.

Much of this is because The Night House felt like a house divided. On one hand one would think that this film could be about mental health. On the other hand, maybe it’s something supernatural going on. Either way, I think the ambiguity was a bit too gray. I think a bit more exposition would’ve been helpful, especially when you get to the part of “extracurricular activities” of the late husband in the film. Maybe a resident expert type of character would’ve helped rather than showing the audience glimpses of a book and a few lines from the main the character. The problem is that it was hard to determine what direction the film wanted to strive for.

The Night House is a vivid and headfirst dive into the issues of mental illness, while adding a splash of horror to go along with. The only issue here is that it doesn’t seem as though this film can make up its mind in terms of what it wants to be. It could be a legit drama or it could be a decent horror. It tries to straddle the fence and be a bit of both, but I don’t think the combination worked this time around. Thankfully, Rebecca Hall is remarkable enough to carry you through regardless of how you’ll feel about the ending. Personally I think The Night House makes for a better viewing at home, in a dark setting, to really connect with the state of loneliness and creepiness that the movie tries to convey. Nevertheless, The Night House is also available to be seen in theaters now. 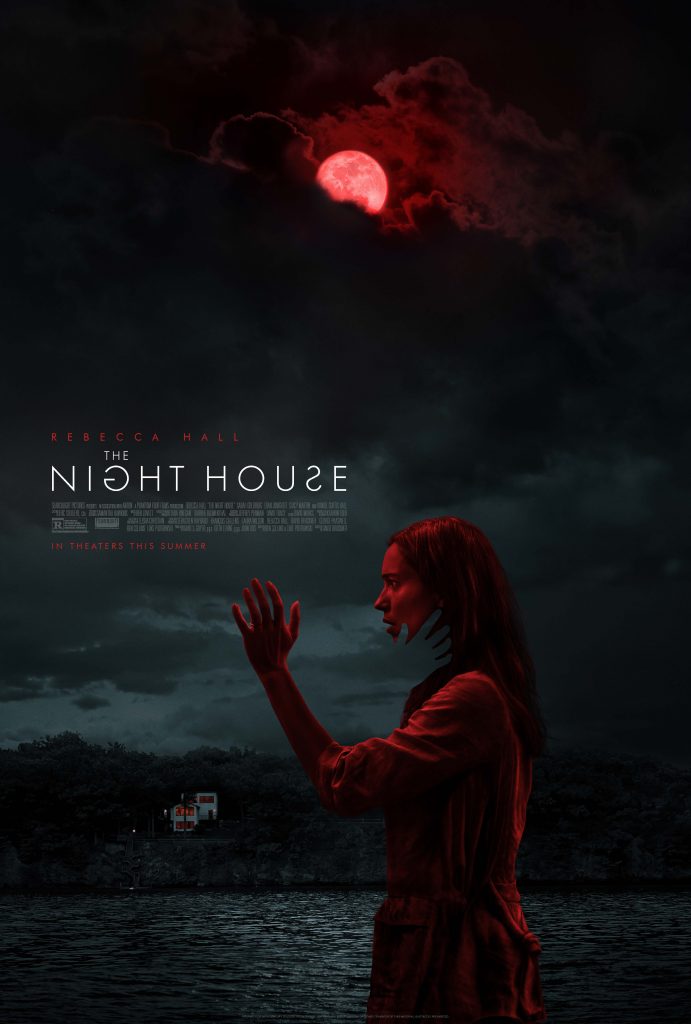 Director: David Bruckner
Writers: Ben Collins, Luke Piotrowski
Stars: Rebecca Hall, Sarah Goldberg, Vondie Curtis-Hall
The Night House will be available in theaters August 20, 2021. Be sure to follow E-Man’s Movie Reviews on Facebook, Subscribe on YouTube, or follow me on Twitter/IG @EmansReviews for even more movie news and reviews!