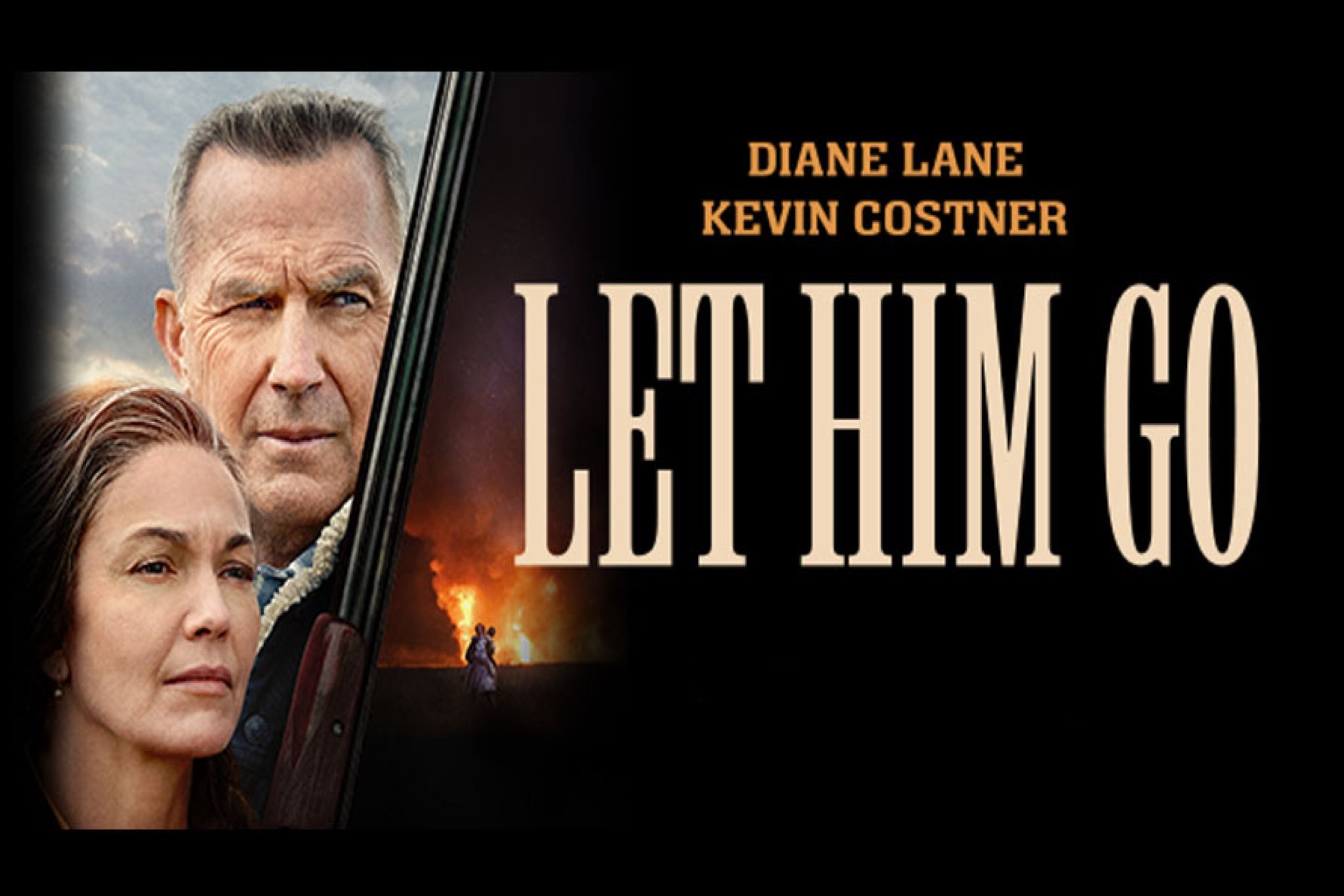 Following the loss of their son, retired sheriff George Blackledge (Kevin Costner) and his wife Margaret (Diane Lane) leave their Montana ranch to rescue their young grandson. When they discover that he is in the clutches of a dangerous family living off the grid in the Dakotas, George and Margaret must fight for the survival of their family.

Kevin Costner and Diane Lane are Motion Picture Royalty. Each of these seasoned pros convincingly represent these salt of the earth characters, simple folk of few words and stoic sensibility, in “Let Him Go”.

The above notwithstanding, bringing enhanced energy to the party would have given cause to celebrate this otherwise worthy effort even that much more.

Booboo Stewart (“The Twilight Saga”) is deeply affecting as a young Native American struggling to find his way in a world shattered by personal heartbreak.

And veteran British actress Lesley Manville is truly terrifying as a demonized brood’s matriarch from hell.

Canada’s Alberta Province doubles for remote Montana prairieland in “Let Him Go”. I’ve marveled at the breathtaking and rugged beauty of each of these locales in person. Determining which region has been more bountifully blessed by Mother Nature is not an easy choice.

I call it a draw.

Grandma and Grandpa embark upon a mutual mission to rescue their relations. At any cost. And the price is steep.

Resolution is reached, but only in the wake of vicious violence and gruesome gunfire. However, the path we follow along with Costner and Lane leading to this inevitable carnage is a soulful journey, one both gripping and touching.

I invite you to enjoy all of my eclectic film reviews as “The Quick Flick Critic”, continually updated at https://thequickflickcritic.blogspot.com