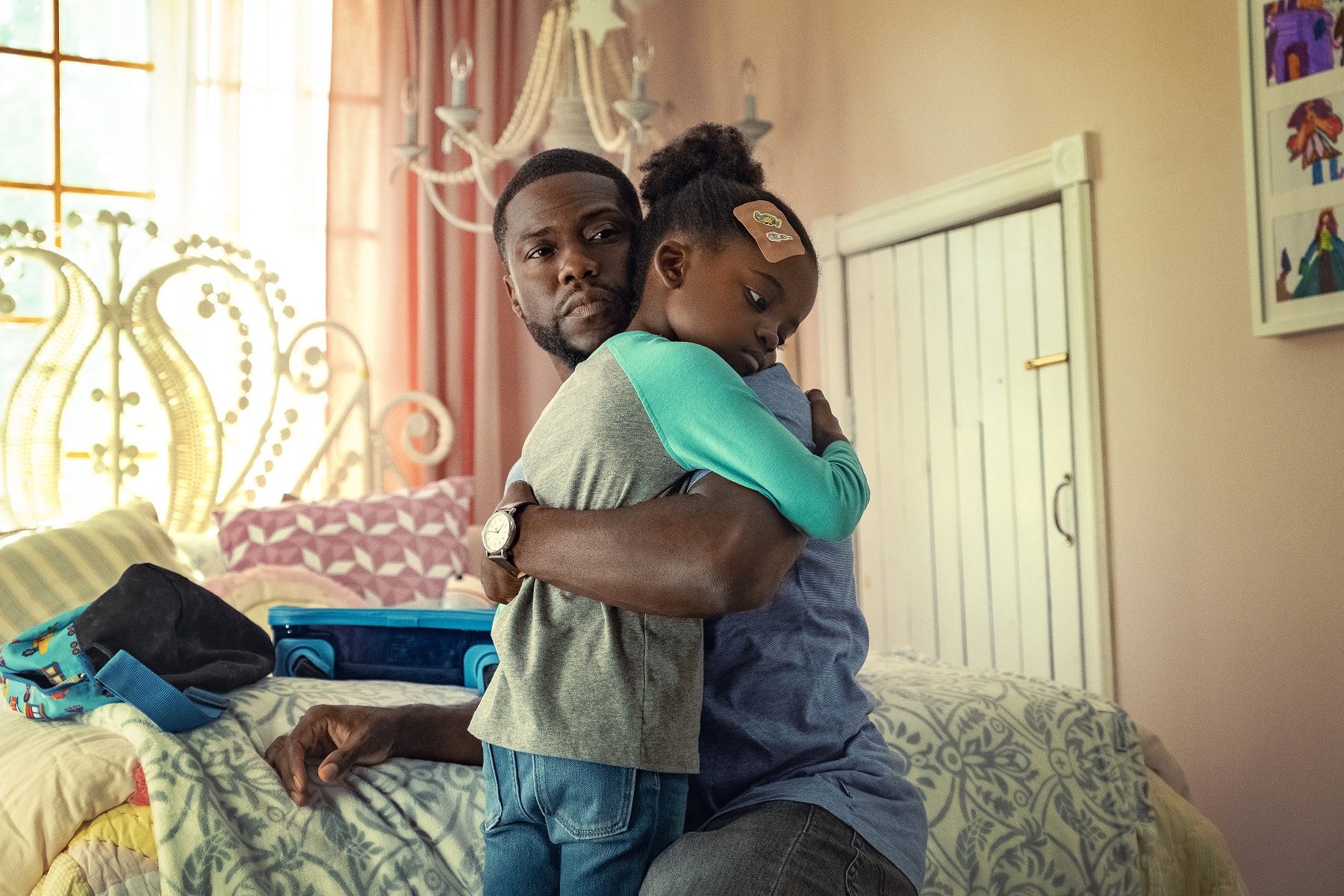 At first I thought this would be like another typical; Kevin hart movie based on the way he was acting.I was dead wrong. This was Kevin Hart dipping his toes into some underlying talent he has in dramatic acting. We’ve seen this before with comedians crossing over in drama. Some people forget that some of the best dramatic actors of our time like Robin Williams, Tom Hanks, Will Smith and more started out in comedy.

Fatherhood relentlessly attacks you in the feels. I mean I’ve seen Kevin Hart movies off and on since Paper Soldiers so I was expecting more slapstick comedy but this movie had me full on crying. I mean full on blurry eyes, curling in my blanket, nose so runny it gets congested crying and that’s in the first 30 minutes!!

I don’t cry in movies like that but the things that happen in the first 30 minute are heavy.

Then you get smacked in the face with the fantastic casting. Alfre woodard! Deborah Ayorinde! Melody Hurd! Lil Rey Howery! Paul Reiser? You know, sure, why not. Anthony Carrigan, Frankie Faison, and a lot more. This movie really delivered with some really good performances. Alfre Woodard is a constant delight in every scene she shares with Kevin, as is young Melody. It’s amazing how much the women of this film really bring to the enjoyment and quality. I can’t say enough about the casting and the portrayment of these women in this film.

And these performances are highlighted with the great writing. Now I know some people don’t like Kevin Hart’s style of humor and that’s okay. I like that he doesn’t do his punchline humor and instead Fatherhood leans into situational comedy that is somehow funny but not distracting from the overall seriousness of the topics and issues. You’ll know what I mean when you get to the part with the vomit on the plane. Some of you know what I mean but Fatherhood sprinkles moments like this while still addressing issues and topics like the mortality rate of black women in childbirth, the trauma of male survivors guilt, and the support structure and values of a black family in America.

The pacing is really fun too. There’s an art to the technique of the film jumping back and forth between different points in time that directory Paul Weitz and company pull off pretty well. I didn’t find it confusing at all when we would see a younger period in Matthew Logelin’s (Kevin Hart) life. An interesting technique used to help ground us into the time period is the age of young Melody who’s mostly played by Melody Hurd. It’s a cool little technique that I liked and really thought was remarkable.

We also have a progression in story that can be predictable but enjoyable at the same time. I don’t mind predictable movies that are executed in a way that I enjoy. In fact some of my favorite movies are the ones that I can telegraph but still sit with a smile on my face watching a scene unfold. Fatherhood carries you through scene by scene in a loving and gentle way like a girl dad holding his little girls hand.

Fatherhood can be a bit predictable at times at that can be a turn off. There are very few surprises with the story in the film. There are so many predictable moments that Fatherhood just may seem like you’ve seen the movie before and that can be a turn off. The formula of the serious moments broken up by the smattering of Kevin Hart situational humor pulled right out of the Real House Husbands of Hollywood is very easy to figure out to the point that you’re just waiting for things to happen.

I really enjoyed Fatherhood. It was honestly the best Kevin Hart movie I’ve probably seen ever. It’s not the funniest Kevin Hart movie but I think this might be the one I enjoy the most at this point in my life. The casting in Fatherhood is on point and I can totally see myself rewatching this one to show to friends and family. I think Fatherhood is one of those movies that can age well and be rewatched a few times. It also makes me see Kevin Hart in a new light and I’m considering viewing him as a peer to the likes of Adam Sandler or Jonah Hill with his ability to cross between comedy and drama.