For as long as residents can remember, the housing projects of Chicago’s Cabrini-Green neighborhood were terrorized by a word-of-mouth ghost story about a supernatural killer with a hook for a hand, easily summoned by those daring to repeat his name five times into a mirror. In present day, a decade after the last of the Cabrini towers were torn down, visual artist Anthony McCoy (Yahya Abdul-Mateen II; HBO’s Watchmen, Us) and his partner, gallery director Brianna Cartwright (Teyonah Parris; If Beale Street Could Talk, The Photograph), move into a luxury loft condo in Cabrini, now gentrified beyond recognition and inhabited by upwardly mobile millennials. Anxious to maintain his status in the Chicago art world, Anthony begins to explore the story of Candyman in his studio as fresh grist for paintings, unknowingly opening a door to a complex past that unravels his own sanity and unleashes a terrifying wave of violence that puts him on a collision course with destiny.

Thankfully, since it’s been almost thirty years since the original Candyman film debuted, this new version took some time to help refresh our memories. The show puppet animation along with the storytelling from different characters were pretty effective in setting the tone of the film and eliminating the need to re-watch any of the previous films. In addition to that, the story was modernized in a much more relatable sense.

With this new updated mythos of Candyman, it didn’t completely refute the previous film, but it did give it more substance that was lacking. This is because Candyman focuses on several themes of Black Trauma. For those who don’t know, Black trauma is in reference to any collective violence or injustice cast upon Black people in general. This can include anything from slavery to police brutality and more. One of the themes is how Black trauma is generational and can be passed down. I liked how this movie was able to show a parallel between events of the past and how they connect to present day issues. Another theme that was intriguing to see was how the Black Trauma could manifest itself into the horror genre in unexpected ways.

A lot of credit must also be given to the cast in Candyman. Yahya Abdul-Mateen II was outstanding in his journey as “Anthony”. His performance stands out when we witness his character go through his internal struggles as an artist. Although I will say his decent into madness was a bit hard to watch with some of the more physically gory moments. His hand was utterly disgusting. (Props to the makeup department). Teyonah Parris was solid in her role, however, I think her character could’ve used a bit more attention given how the ending of the movie. Colman Domingo was showing off how versatile he can be as his delivery in this film was also exceptional.

Lastly, Director Nia DaCosta did a fantastic job of giving us a unique visual experience in Candyman. She didn’t rely on the tired old horror genre tactics like throwing in random, dumb jump scares for a cheap rise. Many of the moments that were scary in the film were due to the pacing, lighting, and most importantly the cinematography. One example of that would be her brilliant use of showing the killings from various camera angles. One death came during a scene that was being zoomed out, and if you don’t pay attention, you may actually miss it. Another example would be the use of mirrors and reflections for the audience to experience.  All of the creative ways DaCosta featured in Candyman will certainly have you think twice when you look into a mirror.

I think one of the weaker elements for Candyman would be in some of the writing. While the themes of addressing Black trauma and other situations were commendable, I didn’t think the execution followed through very well in the script for this film. I appreciated the conversation about gentrification, for example, but the dialogue felt a bit more preachy than informative. I think there was a missed opportunity to include more subtext which would’ve added to the impact of the messaging in this film. 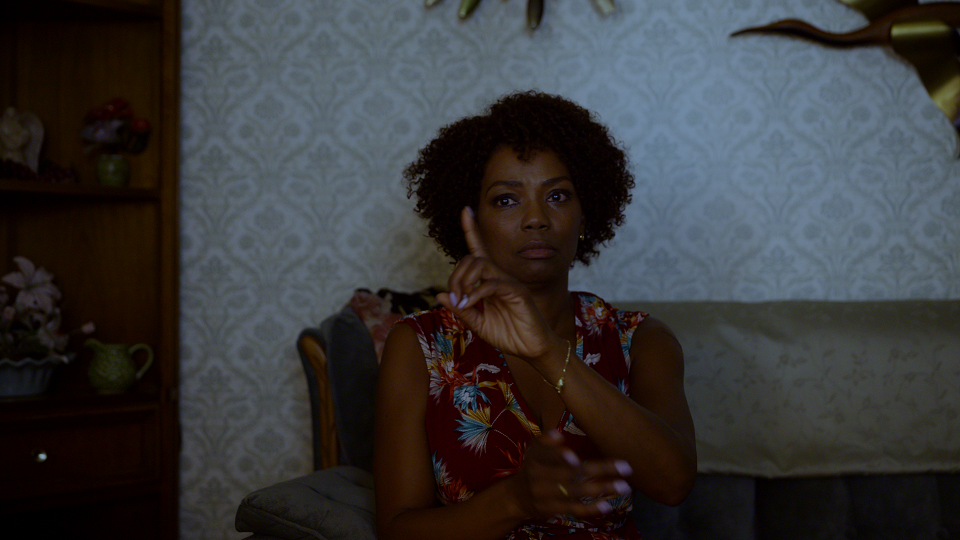 Of course, this may not be a bad thing for all audiences. It probably was intended for, and more effective with audiences that have never lived in Black urban settings. Seeing as though I don’t fit that demographic, it simply didn’t land for me. I was surprised that we didn’t actually see the effects of gentrification rather than simply hearing about it from the characters.

In addition to that, the final 3rd act of the film felt a bit rushed and underdeveloped. The sudden shift towards Teyonah Parris’ character made me realize how much more of her we should’ve seen earlier on. It almost felt a bit disjointed from the rest of the film. I appreciated the twist that was presented with a certain character, but the final outcome seemed a bit odd.

Candyman was a thought provoking film that transforms Black trauma into a true terrifying form of hood justice. This movie made me wish the original movie had been as conscious and self aware with its mythos. The way Director Nia DaCosta modernized this movie was both refreshing and worthwhile. This could’ve been a much watered down horror, but she made it technically beautiful to watch.

Thankfully, this film was both a sequel and a reboot for the franchise. So the only film you may need to see beforehand would be the original Candyman (1992). I would certainly be up for potential sequels just to see how this franchise could continue to push the envelope.  On one hand, as a horror fan, I wouldn’t say this movie will be giving be any nightmares anytime soon. It felt as though it had much more bark than it did bite. On the other hand, I’m STILL not saying this man’s name in any mirrors…ever. Anyway, Candyman is certainly worth the watch in theaters or where its available. 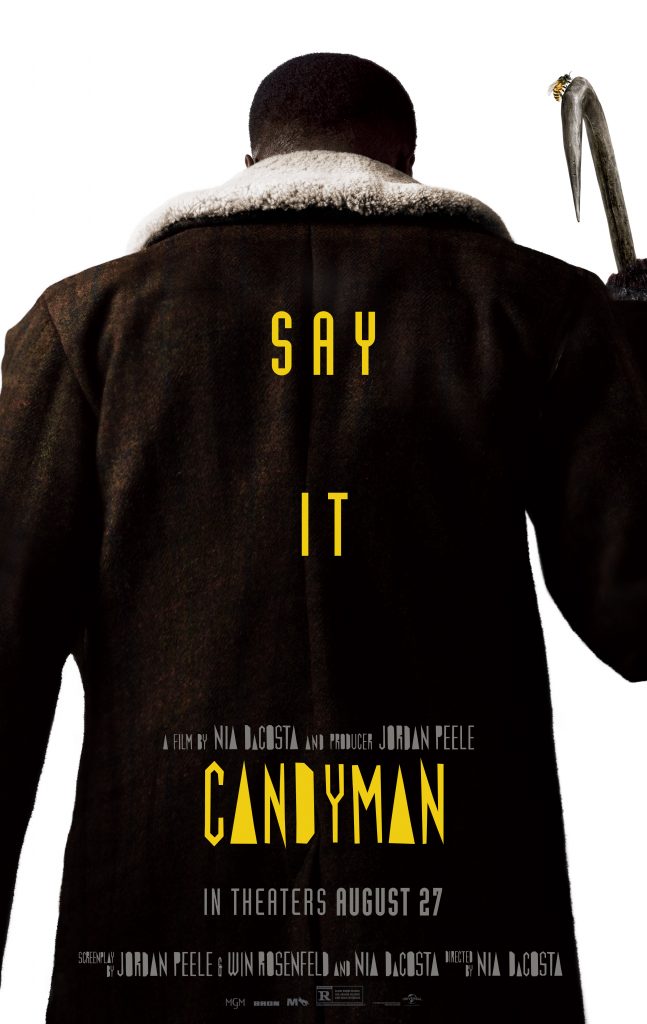