A “Jungle Cruise”: For The Millions…And Millions Of Rock’s Fans! 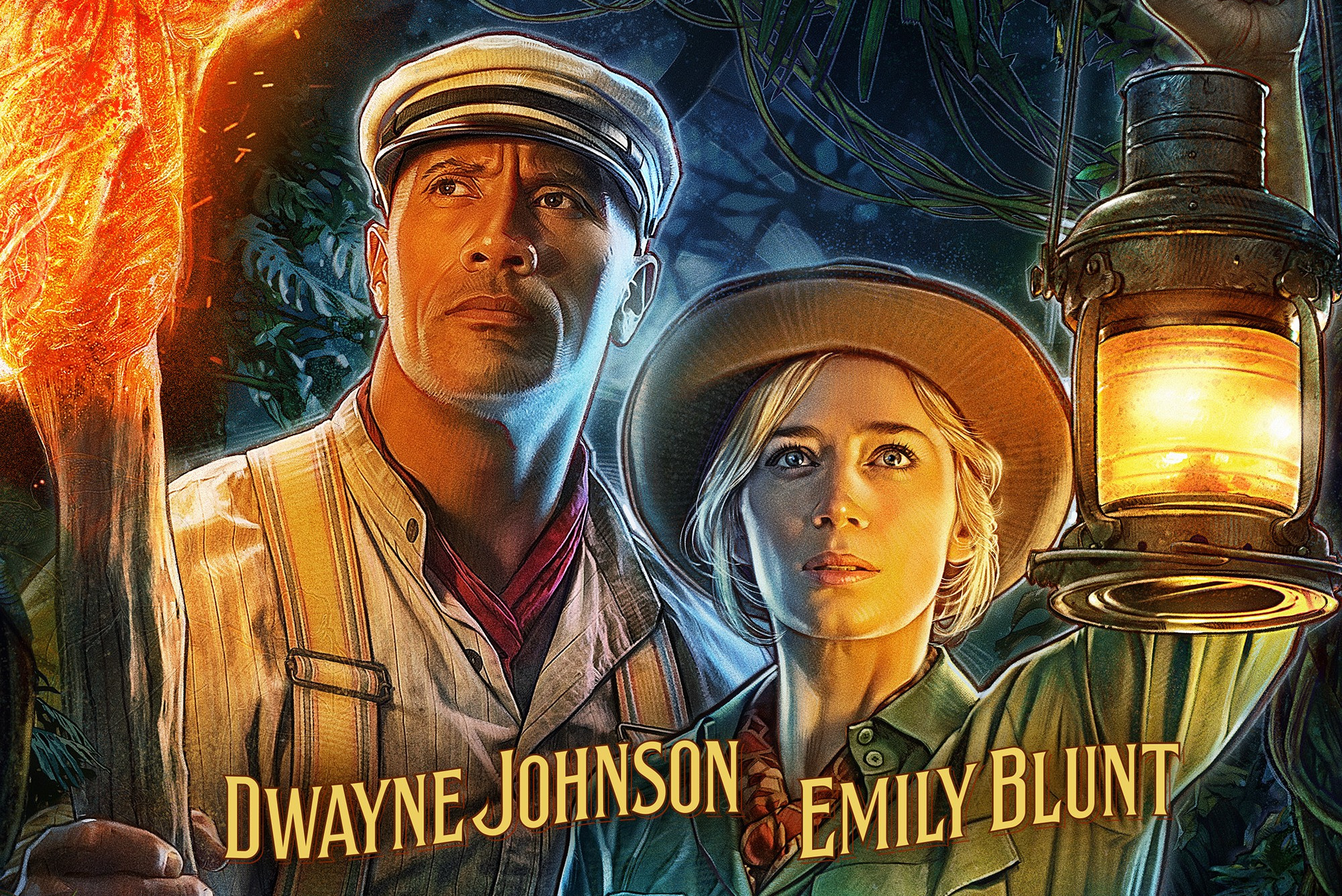 IF YOU SMELLLLLLLL…WHAT THE ROCK…IS COOKING!! Well, I think we can surely smell it this time. Dwayne “The Rock” Johnson is all set to Disney it out with a one of a kind fantasy adventure titled “Jungle Cruise”. Directed by Jaume Collet-Serra, Jungle Cruise is based on Walt Disney’s theme park attraction by the same name. So, we now got a movie version of the ride that kids have enjoyed for years! Emily Blunt co-stars with The Rock in Jungle Cruise.  Jungle Cruise is available now in theaters and Disney+.

In Jungle Cruise, we have Dr. Lily Houghton (Emily Blunt) all set for a cruise ride with wisecracking skipper Frank Wolff (Dwayne Johnson) to find the ancient miraculous tree deep in the jungle which has the power to heal and bring dead things to life. Dr. Houghton is determined to find the tree by any means. However, they have no luxury yacht for the cruise and instead go in Mr. Wolff’s ramshackle boat which looks as if it is about to give way anytime. We get to see Mr. Wolff and Dr. Houghton pass through a series of adventurous action sequences with weapons, wild animals and bees till they finally arrive to the tree.

Surely, I don’t need to exaggerate it. If you see the Jungle Cruise for yourself, you will appreciate this cinematographic masterpiece as well.

The jungle, the river, the jaguar, snakes and bees, all came alive with the amazing work of cinematographer Flavio Labiano. The harsh reality is that they were all CGI! But that was a part I couldn’t digest. It all came out so real!

The Plot And Screenplay

The screenplay was simple and easy to understand. No complications were involved. That’s what I liked the most about Jungle Cruise. I have come across several adventure movies that involve complicated plots. But here it is not so. Even tiny tots will be able to understand what’s going on without their parents explaining them. Kudos to the team of Michael Green, Glenn Ficarra and John Requa for giving the audience what they actually want!

I must say, I really enjoyed the scene where The Rock was trying to get to the “other side” by hanging on a vine along with Blunt. Also, if I get the chance, I would like to ask the filmmakers from where they got Mr. Wolff that dilapidated cruise boat. I think I would have pretty much enjoyed riding it too! Besides, the CGI pet jaguar amazed me every time. A true lifeless pet indeed!

Joel Negron deserves some credit here as well for packing all scenes in sequence. This further added to the Jungle Cruise’s charisma and made it self explanatory.

You will be surprised to know that as per reports, Jungle Cruise is rated PG-13 owing to “adventure violence”. However, I really find this “adventure violence” tag absurd. You will rarely come across any action-adventure movie which doesn’t have some amount of healthy violence in it.

Still to be precise, I think the reports are right to some extent. I feel that our “JABRONI BEATING, PIE EATING, TRAIL-BLAZIN’, EYEBROW RAISIN’ PEOPLE’S CHAMP” has smacked it down a bit too much! The film does contain some seriously violent action sequences with villains killed, wildlife bites, big cat attacks and a lot more. To add with this, plenty of weapons, bee swarms and snake attacks have been shown.

A Happy Ending…But Not What I Expected

The ending has all on the run for the miraculous tree’s flower which is shown disappearing. Last but not the least, I couldn’t digest the snake-infested Aguirre’s (Edgar Ramirez) fight with Mr. Wolff and Dr. Houghton. Things really got out of the mark.

Lastly, The Rock along with Aguirre got engulfed by the tree and became lifeless. But “IT DOESN’T MATTER IF YOU ARE LIFELESS”, because the last petal of the tree’s flower is there to bring you back to life! A sigh of relief for The Rock’s fans indeed.

The ending was happy with Mr. Wolff and Dr. Houghton uniting for a romance, but I think things could have been made more interesting.

The character development in Jungle Cruise was pretty cool. All actors fitted their roles very well. Emily Blunt really appeared to me as a determined researcher and explorer. However, I believe The Rock’s boatman character was a bit over exaggerated with his cocky jokes. Apart from this, the inerrant tyranny I felt in Ramirez’s character was worth the praise. The supporting actors, Jack Whitehall who played Lily’s younger brother MacGregor and Jesse Plemons who played Prince Joachim, carried out their respective roles pretty well.

The music rocks the theme of Jungle Cruise. Just hear out Metallica’s “Disney-fied” re-recorded version of its power ballad “Nothing Else Matters” and you will feel the beats rolling. Overall, I enjoyed Jungle Cruise to the brim. It appeared to me as an upgraded version of Jumanji.

Disney comes out with fantasy adventure movies featuring The Rock once in a while. Even with the “adventure violence” tag, this movie can be enjoyed by kids as well as adults. With this I can say, “FINALLY…THE ROCK HAS COME BACK TO DISNEY!”

Besides me, if you really want to ask someone else how Jungle Cruise goes, ask The Rock. I bet you will be familiar with what he has to say. “KNOW YOUR ROLE” and check this movie out, that’s what THE ROCK SAYS! 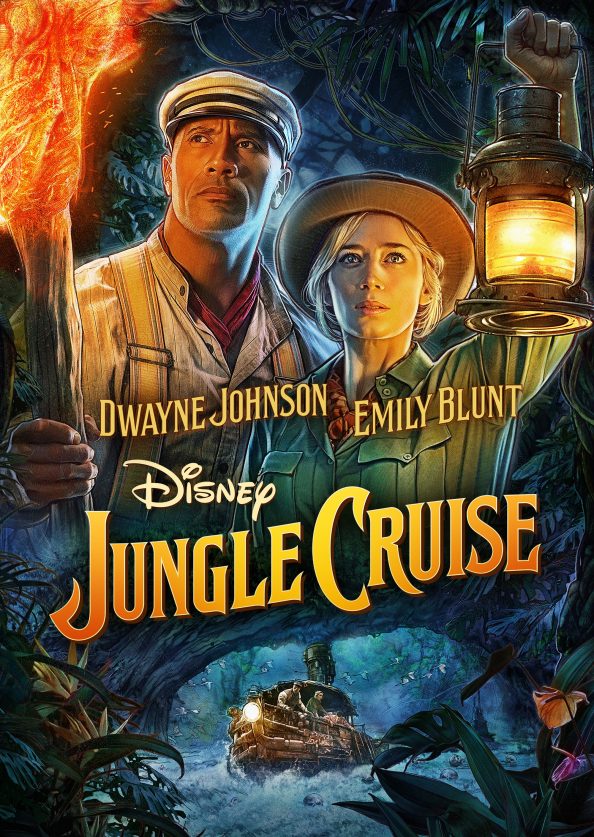