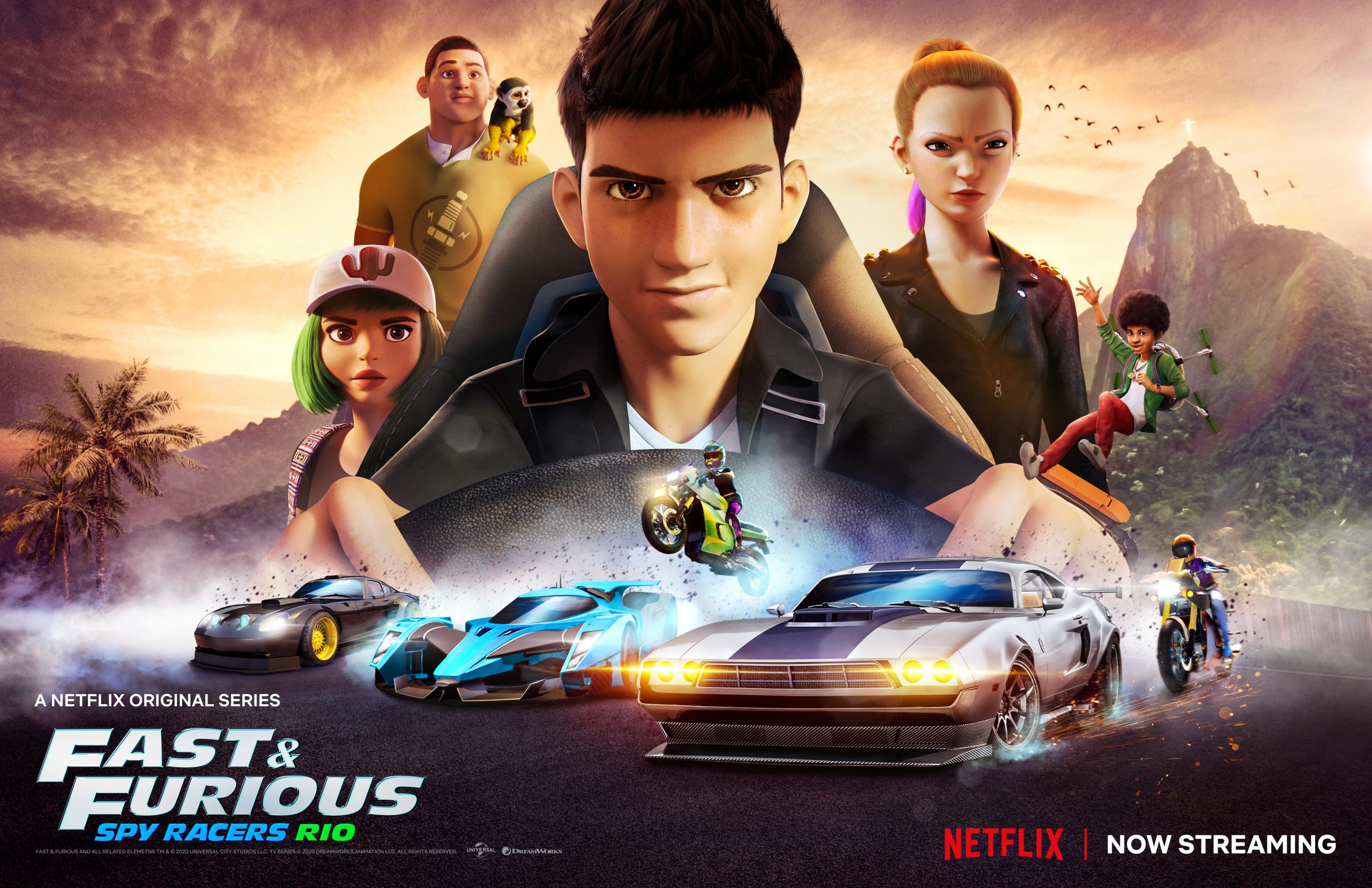 Fast & Furious: Spy Racers is bringing Rio to you! The kind folks at DreamWorks are offering you the chance to win an awesome prize to celebrate the release of FAST & FURIOUS SPY RACERS Season 2 (now streaming on Netflix) You could win a Fogo de Chao gift card for you and your family to enjoy a taste of Brazil. Winners will be chosen from all entries received by 5pm CST on Wednesday, October 14. Winners will be notified via email. Teenager Tony Toretto follows in the footsteps of his cousin Dom when he and his friends are recruited by a government agency to infiltrate an elite racing league serving as a front for a nefarious crime organization bent on world domination. Tim Hedrick (DreamWorks Voltron Legendary Defender) and Bret Haaland (All Hail King Julien) will serve as executive producers and showrunners. The series is also executive produced by Vin Diesel, Neal Moritz and Chris Morgan who also serve as producers on the live-action Fast & Furious franchise.

Now experienced spy racers, Tony and the crew embark on their first international mission to Brazil! Once in Rio de Janeiro, they discover that Ms.Nowhere’s latest recruit and formidable fellow racer, Layla Gray, is missing in action during an investigation. Unwilling to leave family behind, Tony and the Spy Racers go undercover to find Layla, but end up uncovering a sinister plot that keeps them guessing at every turn. Fast & Furious: Spy Racers Rio zooms exclusively to Netflix October 9, 2020.